Don’t Forget to Vote Today! #electionday #socialjusticeleague
What a fantastic turnout for our Admitted Student Day 2019! We can’t wait to see you all again at orientation!
What an excellent 2018 Field Appreciation Day! Thanks to field instructor and alumna Heather Sanford MSW ‘12 for her excellent talk on embracing vulnerability and to all the field instructors and community members in attendance!
Happy #superheroday from the Binghamton University #SocialJusticeLeague #socialwork
It’s not yet #selfcaresunday but going through the carwash on a near 60° day in January with THE TUNER is a fun way to take care of yourself and your car! #socialjusticeleague
This cold snap feels like something from a galaxy far, far away... Stay warm on this #selfcaresunday !
Posted on February 19, 2016February 19, 2016 by allisondashow Social Work 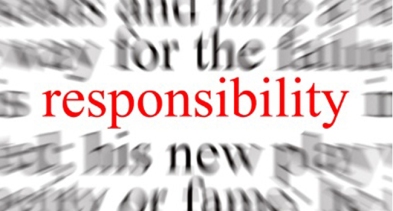 3. In regards to crime rates, “in 2002 the juvenile arrest rate for violent crimes was the lowest it had been since 1980.” (DiNitto & McNeece, 2008, p. 325). I wonder why that is. Furthermore, the crime rate in 2002 was half of what the crime rate was in 1994! (Snyder, 2004).  However, juveniles account for 17% of all arrests. Additionally, the female juvenile offender population is “growing at a faster rate than the male offender population” (DiNitto & McNeece, 2008, p. 325). However, maybe this is due to the fact that more females are being arrested nowadays than compared to the past.

4. It is most common for juvenile offenders to end up with probation. However, a large portion of them end up in residential settings such as detention centers, training schools,or group homes, camps, and ranches (DiNitto & McNeece, 2008, p. 328).

5. Unfortunately, akin to the adult offender population, there are more juvenile offenders of color placed in residential centers as opposed to those who are white. Furthermore, back in 2003 2/3 of those juveniles in custody were minorities (DiNitto & McNeece, 2008, p. 328).