Don’t Forget to Vote Today! #electionday #socialjusticeleague
What a fantastic turnout for our Admitted Student Day 2019! We can’t wait to see you all again at orientation!
What an excellent 2018 Field Appreciation Day! Thanks to field instructor and alumna Heather Sanford MSW ‘12 for her excellent talk on embracing vulnerability and to all the field instructors and community members in attendance!
Happy #superheroday from the Binghamton University #SocialJusticeLeague #socialwork
It’s not yet #selfcaresunday but going through the carwash on a near 60° day in January with THE TUNER is a fun way to take care of yourself and your car! #socialjusticeleague
This cold snap feels like something from a galaxy far, far away... Stay warm on this #selfcaresunday !
Posted on February 24, 2016 by Maggie Parker Social Work, Week 5: Poverty and Homelessness 1. The thought that poverty is caused by poor work ethic, or personal choice is deep seeded in American culture. The perception originated with the first Puritan settlers in America, whom had a hard work ethic and no remorse for the poor, despite having lived in similar conditions before.  (DiNitto & McNeece, 2008, p. 286)

2. Children who grow up in poverty, are very likely to remain in poverty throughout their life, as they are “enveloped in the culture of poverty” and “have absorbed its values.”(DiNitto & McNeece, 2008, p. 295)

3. The formula for calculating poverty has not been updated since the 1960s, despite so many things changing in this time! This means that families who are truly struggling but don’t meet the outdated standards of the poverty threshold, will be less likely to receive benefits and much needed assistance. (DiNitto & McNeece, 2008, p. 301) 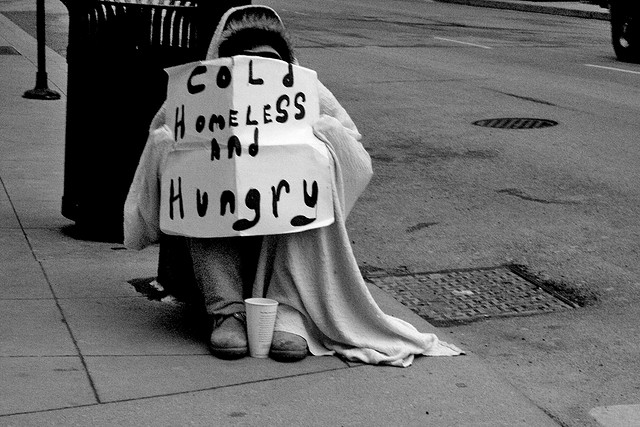 6. Poverty seems to have increased since estimates taken in 2005. In 2014 nearly 15% of the American population, or 46.7 million people were considered to be living in poverty. (Hunger and Poverty Facts and Statistics)

9.  Programs that assist the homeless can have extremely long waiting periods. For example, Opportunities at Broome currently has a 3 year waiting period! (K. Robertson, personal communication)

10. DSS can ban people from receiving services if they continue to miss appointments, despite the struggles they may have getting to and from their local offices! The bans can last anywhere from a few months to a lifetime. (K. Robertson, personal communication)

11. There is a huge stigma associated with living in poverty. In fact, some children whom receive free lunch at school, choose to go hungry instead of being labeled poor. (J. Vassello, personal communication)

12. There is hope. Programs such as Head Start, which assists low income children, have been proven to be effective in reducing poverty in future generations. (DiNitto & McNeece, 2008, p. 304)