Social workers encounter clients with substance abuse issues about half of the time, yet they don’t receive a large amount of training in the subject. They often rely on basic training to deal with the issue despite its tendency to intersect (like in the form of comorbidity). (class notes, John Vasello MSW)

Drug-related deaths, such as overdosing and mixing drugs that don’t go together, have more than doubled since 1980. There are more deaths, illnesses, and disabilities from substance abuse than from any other form of preventable health conditions. One in four deaths are attributable to recreational substances like tobacco, alcohol, and illegal drug use. (NIDA)

Addiction is a disease, and relapse is a medical occurrence, not a personal failure. The relapse happens before the person starts using again. It starts with the thought that sobriety isn’t good enough, it’s the urge to use again and the thought that their lives require the drug to be pleasurable and manageable. (class notes, Mr. Merrit)

Some of the drugs (methadone) used to wean people off of harder drugs (heroin) are addictive due to their narcotic nature, resulting in people being reliant on prescriptions for years. (class notes, Mr. Merrit)

Recognizing the signs, acknowledging you have a problem, and making the effort to change your situation is the first step in breaking the cycle of drug addiction and relapse. (class notes, John Vassello MSW) 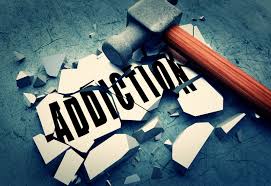