Social workers have a long history of working with children and families, and it is very important work, indeed. According to Rittner and Wodarski, “'[c]hild welfare’ generally refers to a broad range of services provided by agencies charged with maintaining legally mandated or socially sanctioned standards of safety and well-being for children” (1999, p. 217). But what is it that threatens the safety and well-being of children that renders child welfare as performed by social workers necessary? Below are four examples of life circumstances and events that social workers help shield children from:

According to DiNitto and McNeece, “[n]eglect (the failure of adults to meet children’s physical, emotional, mental, educational, or social needs) accounts for 52 percent of the approximately one million cases of child maltreatment verified each year in the United States” (2008, p. 239). Of those cases involving abuse, 25% involve physical abuse, 12% sexual abuse, and the rest emotional or psychological abuse (DiNitto & McNeece, 2008). Social workers must be able to determine the type of maltreatment, its causes and effects, and how to help.

Children living in poverty are at greater risk for maltreatment. DiNitto and McNeece point out that, “[i]n the United States, 13 million or nearly 18 percent of children live in poverty, and children of color are at elevated risk of poverty (DeNavas-Walt, Proctor, & Lee, 2006)” (2008, p. 240). Poverty can negatively affect the health and well-being of children in many ways. It is important that social workers understand these effects, as they are likely to work with many children and families from lower socioeconomic statuses.

Some children have gone through traumatic events which has left them with, sometimes permanent, scars. Such scars can include, “cognitive dysfunction (such as impaired memory), hypervigilance (a heightened state of fear), recurrent memories of the trauma, emotional numbing, aggressive responses, or limited future orientation (Steele, 2004)” (DiNitto & McNeece, 2008, p. 240). Trauma can also be caused by abuse and neglect, which can have serious negative effects on a child’s mental health. Social workers can help families and children cope with and overcome these effects in a variety of ways. 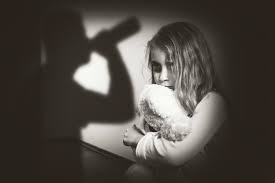 According to DiNitto and McNeece, “[a]n estimated 67 percent of parents involved with the child welfare system abuse drugs and/or alcohol (Child Welfare League of America, 2001)” (2008, p. 241). And substance abuse can lead to child maltreatment. What often happens is that children with parents who have drug or alcohol problems will end up having to function as parents themselves. It is up to social workers to offer an array of services in order to get the children and parents the help they need.

The work that child welfare social workers do to keep children safe and healthy is invaluable not only to the children that they help, but to the whole of society. As DiNitto and McNeece put it, “[w]orking with and for children is an investment in the future of humanity” (2008, p. 259). Children of all races, genders, ethnicities, religions, and socioeconomic statuses can be victims of maltreatment. It is important for social workers to consider the biopsychosocial conditions that affect these children, and to also use empowerment-based practices in order to give children a voice while also maintaining their safety.