1. It deviates from traditional forms of practice!

Social work shifts from traditional forms of practice such that it incorporates a strength based approach that focuses on building on the strengths and resources clients already possess rather than focusing solely on their problems (Dinitto & McNeece, 2008 p. 46)

2. It is a MIXY profession! Incorporating ideas from various disciplines!

Social Work incorporates theories from multiple disciplines including psychology, sociology, political science & education, allowing for social workers to assume a wide array of perspectives in order to provide the best quality of care for their clients (Dinitto & McNeece, 2008 p. 30)

3. Social Workers Are Not Fixers!

Following a strength-based perspective, there is a clear distinction between being a “fixer” and being a social worker. Social workers are not about fixing things, they are not the fixer or prescriber but rather the person who helps clients put everything together, process it, make decisions, and take action (LeCroy, 2012 p. 9).

4. They are quite different from psychologists.

Social Workers and Psychologists often work together as part of a team & share similar tasks in what they do. However, they differ in some aspects. Psychologists are primarily interested in understanding the human mind and behavior, while social workers are more interested in the social functioning of the individual. Social workers focus more on the individual’s relationships with others in their surrounding environment and how they can best use the resources available to them to meet their needs. (Dinitto & McNeece, 2008 p. 10-11)

5. They can work in numerous settings with various populations!

6. Social workers have a more holistic view of the individual

Counselors and Social workers in direct practice provide similar services. However, they differ from social workers in an important way. Counselors emphasize the establishment of a relationship with their clients as the primary means of helping clients change while social workers take this into consideration as well as the importance of opportunities for change in the client’s external environment. Social workers are more likely to go to the clients home to complete assessments and provide assistance to the family (Dinitto & McNeece, 2008 p. 12)

8. Social workers are able to further enhance their education allowing them to perform different functions

Depending on one’s level of education, social workers are able to take on numerous responsibilities/tasks to assist individuals, families, and communities in restoring or enhancing their capacity for social functioning (online). Social workers with a BSW are able to conduct generalist practice which includes knowing how to engage clients, assess a client’s needs, develop a plan to help, implement the plan and evaluate the effectiveness of the plan. Social workers with an MSW are expected to perform more complex tasks known as advanced generalist social work, which include but are not limited to conducting mental health or substance abuse counseling, working as a school social worker on a public campus, and providing marriage and family therapy. (Dinitto & McNeece, 2008 p. 31)

9. Social workers have the opportunity to make an impact on a individual, local, & national level!

Social workers not only help to eradicate problems on an individual level, known as micro-level practice, which consists of face-to-face intervention efforts, but they are also able to use advocacy and other indirect methods to achieve community, state, and national change known as Mezzo-level (community work) and Macro-level (state and national interventions) (Dinitto & McNeece, 2008 p. 10) 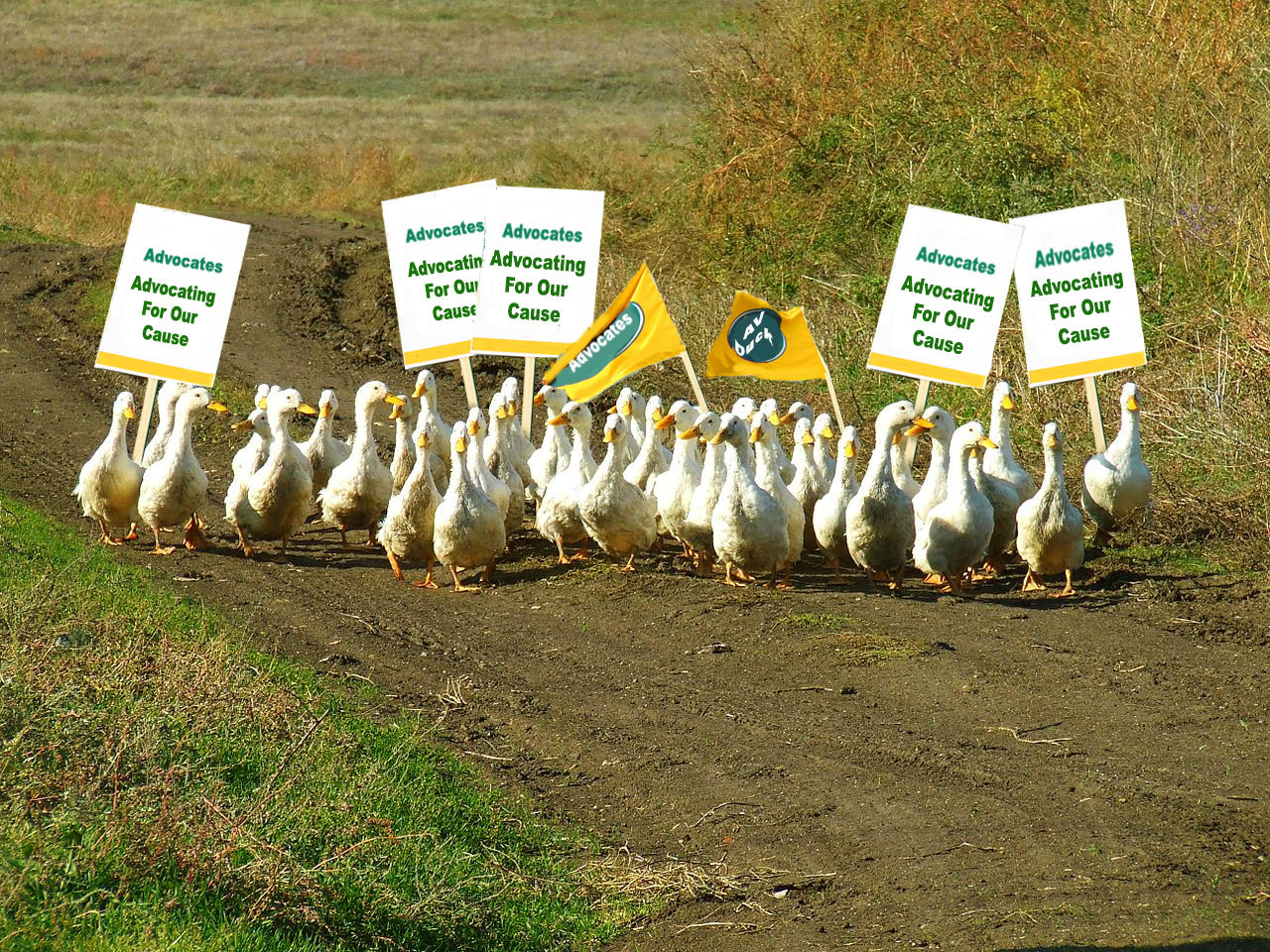 Leave a comment Posted on January 31, 2016 by theodoreconnelly Week 1: Introduction

Many different practices within the field of social work require that social workers be able to travel from place to place, doing their job in various settings.  Depending on their specific practice, social workers may find themselves in environments such as offices, hospitals, homes, etc. (Dinitto & McNeece, 2008, p. 1-4)

Many people realize that social work encompasses disciplines like psychology and sociology, but may not realize that it can also delve into subjects like nursing or public administration. (Dinitto & McNeece, 2008, p. 10-14)

For a group of people that see themselves as agents for change, social workers are mostly Caucasian.  According to “Racial/ethnic distribution of active licensed social workers and the U.S. population, 2004” the workforce is composed of 86% white or non-hispanic people, despite the fact that they only make up 68% of the United States population. Nearly every minority group depicted in the figure seems to be misrepresented in the workforce. (Dinitto & McNeece, 2008, p. 23-24)

It’s been suggested that due to the critical need for a larger workforce, many states and schools have begun implementing “low-quality programs at all degree levels, resulting in a surplus of social workers and educators of dubious competence, and a reduction in social work salaries to levels that cause some of the best and brightest to leave the profession.” (Dinitto & McNeece, 2008, p. 26)

Social workers must understand several theories and their respective practices, as well as being able to use the appropriate ones in a given situation.  There are 6 theories that are taught universally throught social work programs, but far more that are used across the country. (Dinitto & McNeece, 2008, p. 31-32)

Here is a list of 10 interesting facts the public can’t wait to learn about social work!! (With assistance from SpongeBob Squarepants because, why not?).

1. Let’s start with some interesting figures. There are roughly 826, 000 social workers in the United States. To put this into perspective, that is more than, “the population of Alaska, Delaware, North or South Dakota, or Wyoming.” What?!! (DiNitto & McNeece, 2008, p. 4)

4. While social workers may get a bad rap in the media, according to the 1995 Consumer Reports study social workers rank as just as effective or better at treating mental disorders as clinical psychologists, psychiatrists, family therapists, and primary-care physicians. Woot, Woot! (DiNitto & McNeece, 2008, p. 25)

5. It is also a common misguided notion that all, or most, social workers work in government agencies. On the contrary, “67% of licensed social workers are now employed in the private sector, and 17 percent of them are self-employed (National Association of Social Workers, 2006)”. Mind = blown. (DiNitto & McNeece, 2008, p. 26)

7. Social work has actually been recognized as one of the five core mental health professions (by federal law!) (Lecture, 1/28/16). The other four core professions include: psychiatrists, clinical psychologists, psychiatric nurse specialists, and marriage and family therapists. (U.S. Department of Health and Human Services, Guidelines for Mental Health HPSA Designation)

8. Although diversity is an important theme in social work, it is unfortunate that student demographics are not very diverse. Roughly 83% of MSW students are women and only 31% of those enrolled full-time are students of color. Can we fix this, please? Let’s hear it for diversity! (DiNitto & McNeece, 2008, p. 18)

9. Not all social workers have an MSW (Master’s of Social Work). Social work professionals can also have a BSW (Bachelor’s of Social Work) or a PhD. Those who obtain a PhD usually specialize in conducting research, or become teachers. (DiNitto & McNeece, 2008, p. 17-19)

10. It is often a misconception that all, or most, human services professionals are social workers. However, in order to be given the title “social worker”, an individual has to: graduate from an approved program, pass at least one license exam, possess good moral character, be over the age of 21, fill out an application and pay a fee, and for an LCSW (licensed clinical social worker) have at least 3 years of approved, supervised experience. Qualified much? (Lecture, 1/28/16)

Now that you know a little bit more about the social work profession, do you think you have what it takes to be a social worker? Help spread the joy!

Leave a comment Posted on January 31, 2016 by loquaciouslauryn Week 1: Introduction

Psychologists and Social workers are a lot like Eyebrows: sisters, not twins (DiNitto&McNeece, 2008, P.11)

While a lot of the duties overlap for these two professions, they are not identical in material. Psychologists focus on the behavior of a client predominately, and social workers look to deal with social functioning and interaction primarily.

“If you select social work as a major, you will study the following subjects: social work values and ethics, human diversity, social and economic justice, populations at risk, human behavior and the social environment, social welfare policies and services, social work practices research and field education.”

From the ecological perspective, one can see that two people who come from the same culture and from similar family values will not always have the same life experience: who they interact with in a social environment makes a huge difference.

The differentiating factor between the two positions is that LCSWs require 3 years of supervision from either another LCSW, Psychiatrist, or Psychologist, and are able to diagnose disorders in clients and create assessment based treatment plans.

Requirements to be an LMSW are filing an application, having a MSW from an accredited program, passing an exam, being at least 21 years old, being of good moral character, and paying a fee.

Both LMSWs and LCSWs are required to start continuing education after 3 years of obtaining their license. They are required after that point to have up to 36 continuing credit hours per 3 years.

3. In order to be a professional Social Worker in New York State, one must attend a CSWE approved program, take a licensing exam, have no criminal history, pay an application fee, and log relevant supervision hours (like internships) in diagnosis, assessment, and psychotherapy (Class notes 1/28/2016)

4. The different education levels Social Workers often have are BSW, MSW, PhD, and DSW. The CSWE specifies courses, internships, and programs to be accredited. (Class notes 1/28/2016)

7. There are issues in title protection because human service practitioners are often referred to as Social Workers even though they are not. (Class notes 1/28/2016)

(2) Social Workers are more interested in changing an individuals environment than the individuals beliefs or behaviors (DiNitto & McNeece, 2008, PG. 11).

(3) Social workers who enter master’s programs have the opportunity to select a concentration or track of study (DiNitto & McNeece, 2008, PG. 18).

(4) Although it is unusual for social workers to obtain their doctoral degrees, it does happen (Class notes 12/28/16).

(7) Social workers need to be able to help their client in all the different environments the client has to interact with on a daily basis. This is know as intersectionality (Class notes 12/18/16).

(10) Luckily for those hoping to choose social work as their profession, there has been an increase in the number of jobs and schools available to social workers. The U.S. Bureau of Labor Statistics predicts that social work employment will increase faster on average for all occupations (DeNitto & McNeece, 2008, PG. 25-26).

As told by Parks and Recreation

9. The social work field aims to help at-risk populations. They have a focus on social justice, and want everyone’s rights to be equal. (DiNitto&McNeese, 2008. Page 16)

SW 250 at Binghamton University
Create a free website or blog at WordPress.com.